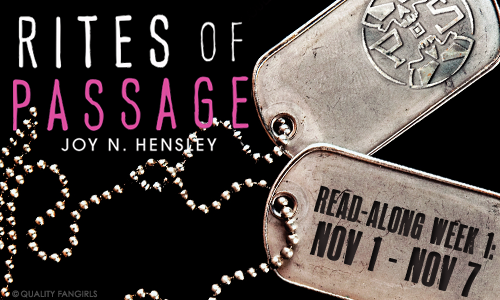 I've heard a lot of comments from readers and reviewers that they thought Rites of Passage would be like the Disney movie, Cadet Kelly. You know, that one with Hillary Duff and the pink. 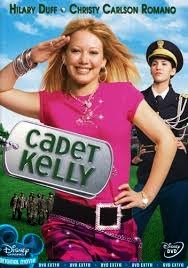 Then people start reading and realize very much that Cadet Kelly is the wrong comparison. Maybe it should be compared to G.I. Jane. You know, that movie where Demi Moore shaves her head and gets all muscle-y. 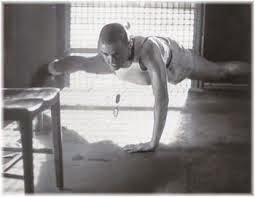 In truth, there is no one type of female at military school.

There are some girls who are there because they're very athletic, they love a challenge, like the character Short in Rites of Passage.

Some girls attend military schools because of a scholarship and a chance to become an officer in the military upon completion.

For some, it's a family tradition. Your parents, grandparents, great-grandparents--all of them have served and it's up to you to serve as well, just like Sam.

Sometimes people go to military school, like Bekah, because they have no other options.

And yet, still others are trying to find themselves and where they belong, like Katie.

None of the reasons above are any better or worse than any other reason. I mean, look at me...This was my original goal: to become an officer in the military. Actually, strike that. That's not true. 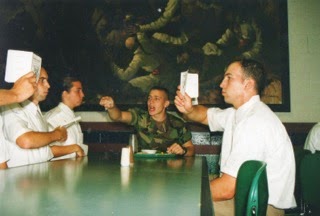 (Me, getting yelled at by my corporal before mess)


When I decided to go to military school, I went on a dare, yes. But I accepted the dare because my parents believed I needed to complete college before going into the military so that I would have a better chance at success. They knew how hard it was for a female in a male-centered career, and they were worried about me. They wanted me to have the best chance to succeed as possible. And because I don't usually say no to my parents, I put off enlisting in the Marines, and instead, took a friend's dare to go to military school.

I wasn't super-athletic (I'd played basketball and run track in high school), I wasn't super-smart, and while my grandfather was in the military, we weren't a career military family. I just went because I wanted to. I thrive on challenges, and what better way to challenge myself until I could accomplish my goal of becoming a Marine, than by taking on this dare?

So I went, and I completed my freshman year. I became a cadet, no longer a Rook, and I was initiated into Alpha Company. And, while this was amazing, I'm going to be honest: I wasn't a model recruit. I wasn't anything like Sam who pushed on in the face of everything thrown at her. If anything, I was more like her roommate, Katie, who tended to cry, get hurt, and spend time in the infirmary.

Rites of Passage became my chance to redeem myself and go through military school like I wanted to. I gave Sam all the backbone I wish I had found during my time there.
Posted by Joy N. Hensley at 12:30 AM