Happy Book Birthday and Giveaway! Upside Down by Lia Riley 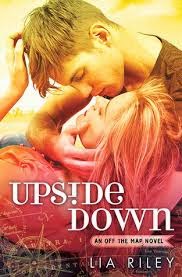 If You Never Get Lost, You’ll Never Be Found
Twenty-one-year-old Natalia Stolfi is saying good-bye to the past-and turning her life upside down with a trip to the land down under. For the next six months, she'll act like a carefree exchange student, not a girl sinking under the weight of painful memories. Everything is going according to plan until she meets a brooding surfer with hypnotic green eyes and the troubling ability to see straight through her act.
Bran Lockhart is having the worst year on record. After the girl of his dreams turned into a nightmare, he moved back home to Melbourne to piece his life together. Yet no amount of disappointment could blind him to the pretty California girl who gets past all his defenses. He's never wanted anyone the way he wants Talia. But when Bran gets a stark reminder of why he stopped believing in love, he and Talia must decide if what they have is once in a lifetime . . . or if they were meant to live a world apart. 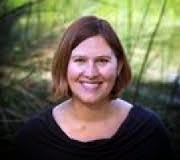 Lia Riley writes offbeat New Adult Romance. After studying at the University of Montana-Missoula, she scoured the world armed only with a backpack, overconfidence and a terrible sense of direction. She counts shooting vodka with a Ukranian mechanic in Antarctica, sipping yerba mate with gauchos in Chile and swilling fourex with stationhands in Outback Australia among her accomplishments.

She and her family live mostly in Northern California.

I had the privilege of reading an e-ARC of Upside Down and let me tell you:

It was, hands down, one of the best NAs I've read in a long time. Not only does it take place in Australia, but the characters are so real, you guys. Flawed, but redeemable. I read a lot of NAs and I've become accustomed to an alpha male jerkface playing the role of hero. I was so excited to read one when the love interest isn't just obsessive and controlling. He's human, he's flawed, but he's absolutely incredible and I found myself slowing down while reading because I didn't want the book to end. So many feels, you guys, and I want to share them with you!

a Rafflecopter giveaway
Posted by Joy N. Hensley at 6:00 AM